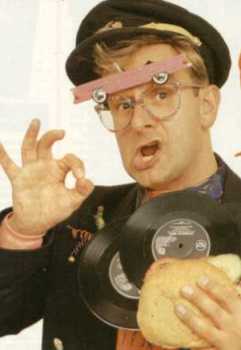 Timmy has a hot hit sandwich! 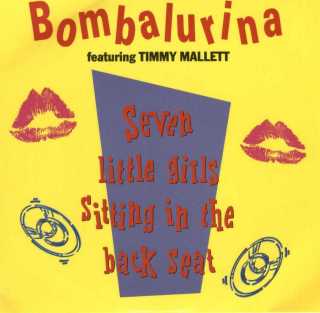 “Seven Little Girls" was the follow up single to Itsy Bitsy, which reached number 13 in the UK charts. The special cadillac glasses were made specially for the video by Anglo American which make all Timmy’s distinctive stage wear specs. The seven little girls all went on to make names for themselves. The video was made by the same company who produced the glorious Itsy Bitsy fake beach.

The song made a big impact on Top of the Pops early in December 1990. On one memorable promotional day at Capital FM Timmy did the breakfast show with Chris Tarrant. “Give us the weather forecast Timmy…" “It’s going to be HOT – around seven little degrees sitting in the back seat!"