Cricket in the City

The Sick Children's Trust orgainsed a celebrity cricket match with the Bunbury Cricket Club at the most expensive cricket club in the World! (August 2011). There was a fabulous afternoon of celebrity cricket at the Honorable Artillery Company in Moorgate, London with Timmy hitting the winning runs!

Photos are copyright of and are used with the kind permission of: 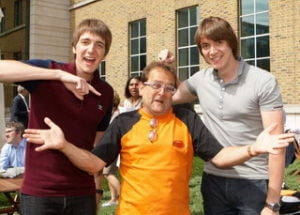 Oli and James Phelps – the Weasley twins from Harry Potter – are playing for the opposition!

Timmy on 'The Match'

‘The Match’ is Sky TV’s big reality TV show and among those taking part this year was football loving ‘Timmy Mallett’.

It’s a tough day of 6-a-side try-out matches followed by the bleep test when a bunch of celebrities attempt to run round Bisham Abbey without swearing!

“Timmy, get up front and make a nuisance of yourself!” said the captain. So he did and Blair McDonough from Neighbours smashed him to the ground not once but twice! (It’s not Aussie rules mate!) It clearly affected our hero whose dramatic shot was saved by Mark Bosnich!

When it came to the selection process Graham Taylor made an unpopular decision he was later to regret when sadly the celebrities failed to win against the Legends!

“That’s football!” said Timmy. “The manager made a decision and the squad had to go on without me! Look what happened to them!” 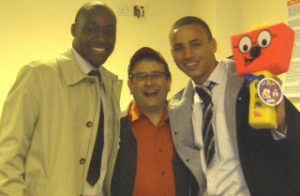 It was a great night when Timmy went along to see Reading FC win promotion at the glorious Mad Stad to the Premiership. To get the players in the mood Timmy challenged Lloyd and Deano to a game of Mallett’s Mallet!

Every team loves coming here. The Millwall fans sang “everyone hates us and we don’t care!"
Timmy’s favourite game here was when Oxford United famously beat the Royals a few years ago!

Celebrating four years in the Football Conference with Oxford United 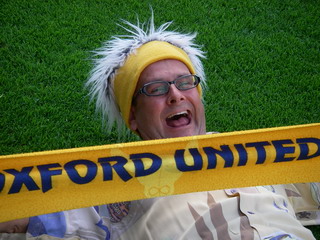 Timmy loves football and follows Oxford United. After 4 years in the Football Conference, former winners of the Milk Cup, Oxford have won promotion in specatular fashion at Wembley! Click for more information.

Many thanks to Darryl at the club and the devoted Oxford fan Aaron Strong who travelled 200 miles from West Yorkshire to take the photos below of a demonstration of penalty taking! United’s open day was a great success and Timmy was on the pitch the address the fans and bring out the new team. 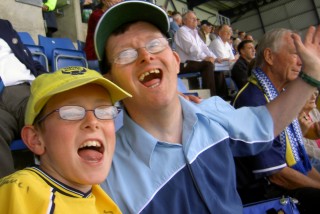 Billy and his special Uncle Martin cheer an Oxford win!

It was a dream day out on May 16th 2010 when Oxford United beat York City 3-1 in the Conference Play off final! After 4 years in the Football Conference, former winners of the Milk Cup, Oxford have won promotion in specatular fashion at Wembley! Here are some of Timmy's memories of that day. 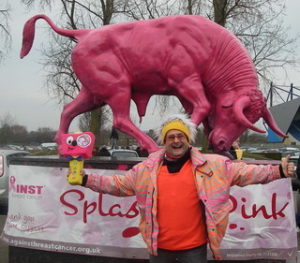 The Ox is painted pink and we celebrate Breast cancer awareness day with a shocking pink display!! 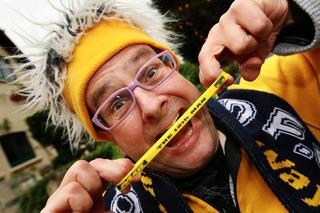 WACKY TV star Timmy Mallett has heaped praise on the 12th Man fund and says it’s spreading a feeling of togetherness among “Oxford United nuts” like himself.

The entertainer, most recently known for his stint in I’m a Celebrity… Get Me Out Of Here!, backed the fans’ initiative and said the air of confidence around the club was a boost for the whole city.
[bg_collapse view="button-orange" color="#4a4949" icon="eye" expand_text="Read more" collapse_text="Show Less" ]

This week the 54-year-old was one of hundreds of supporters to grab one of the new Oxford Mail 12th Man bands, which sell for a suggested minimum donation of £1.

More than 1,000 are expected to have been snapped up by the end of tomorrow, just six days after they hit the shelves, and every penny from the sales will go towards helping manager Chris Wilder strengthen his squad.

Timmy said:
“I think the 12th Man is lovely, the way the fans are getting involved.

“The way the flag bearer walks out with the teams before kick-off is brilliant.

“It gives everyone the feeling of taking ownership of your club, and I think the buying of Jamie Cook was very important.

“It’s lovely the way the club has responded to that initiative. Ideas like this really get the fans involved in what the club’s doing – more than just coming to the games.”

Talking about the new wristbands while modelling some trademark headgear, he added: “Any way that we can show our love of the club is a good thing.

“We’ve had the badges and now the wristbands and I’m sure there will be something else next year. Maybe it could be my furry hat. I can’t remember where I got it from, but I saw it was yellow and thought I’ve got to have that.

“It just needs Oxford United to be printed on it, really.”

Timmy, whose son Billy is a ball boy at the Kassam Stadium, travels home and away to follow the U’s.

He said his family, who live near Maidenhead, were all “Oxford United nuts”.

He said: “Whenever your team is doing well it is great for the town – it really does a lot for the general excitement in the city.

“People walk around the place saying we have a team going places.

“It’s really good for the confidence of the city.

“It’s a great feeling to have ownership of your club. There’s really nothing like it.”

Timmy on the Olympics

Timmy on the Olympics