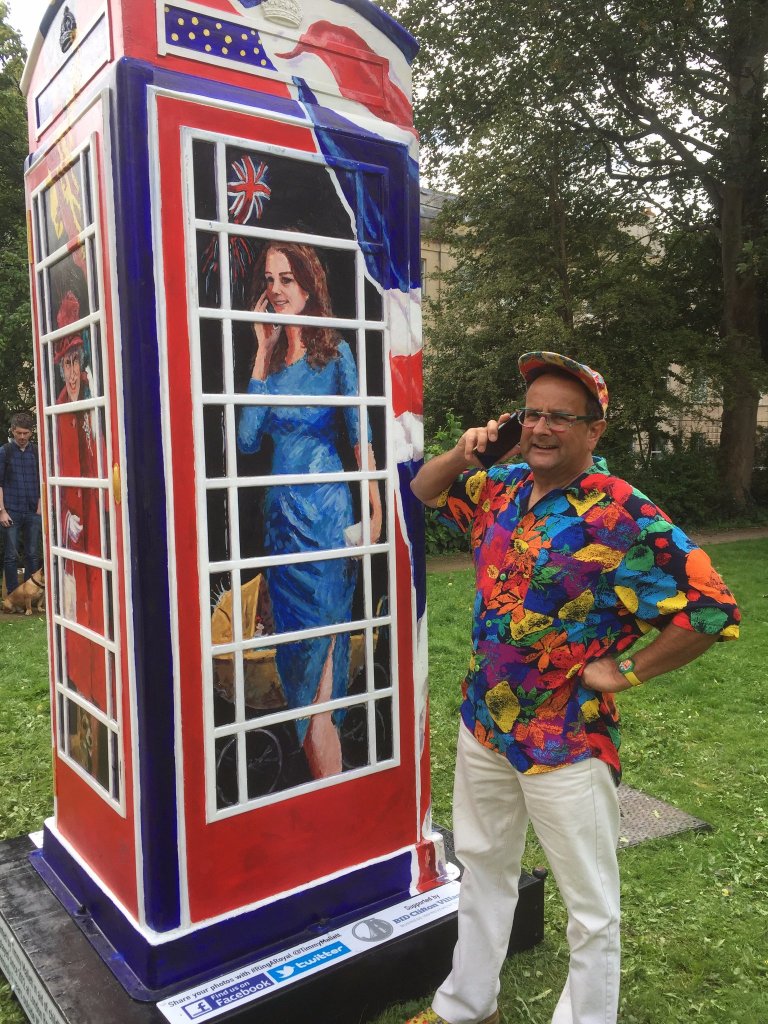 TV star and artist Timmy Mallett has added the soon-to-be princess to the special phone box in The Mall Gardens.

Timmy’s royal telephone box which was previously sited outside Windsor Castle – where the couple are due to marry – and the Royal Albert Hall was moved to Clifton, earlier this year and has become a main attraction in the village.

Timmy painted the box five years ago in aid of Childline’s anniversary. It has been on public show since 2012 at London’s Royal Albert Hall, the O2 Arena and outside Windsor Castle.

You can see Timmy’s Ring-A-Royal phone box on location below: